Publish and be Damned?

My article on Disclosures, at Discussion Point:

My mother tried to raise me to be an optimist. She failed; I take after my father, who is a natural-born pessimist. Which is my excuse for writing something to drizzle on the parade of governance initiatives passing through the corporate world. It's not that I disagree with their proponents, nor with the initiatives themselves. It's just that I can't see anything changing significantly for the better - there is too much uncertainty about what will work, and there are too many vested interests getting in the way. Which is a pity, because I have spent a large part of my professional life working on governance in one form or another; I believe it is important, and I intend to continue working in this field. I just don’t see things improving much any time soon.

I'd be interested in your comments
Posted by Ruth999 at 11:10 No comments:

How I'm getting on with the iPad

I said that once I'd used the iPad for a while, I'd write about whether it was worth it. So, here's my thoughts.

Now, let me qualify that by saying that (a) this is my first Apple product, and (b) I don't use a smartphone. So many of the features that I like on the iPad will alraedy be available to people with an iPhone or other device. Make up your own mind.

* Email and internet when I'm mobile. (And Twitter, of course.) Wonderful!

* Large screen means I don't have to squint at anything.

* Excellent as an eReader for books. (I buy them from Kindle though, not the Apple Store. The iBook interface is nicer than the Kindle-for-iPad interface, but they have far fewer books. And, their books are about 50% more expensive thru Apple.)

* I can download free sample chapters from Kindle. Or loads and loads of free books. (But my one-click Amazon account means it's far too easy just to buy more books, which is a dangerous habit...!)

* Good as an eReader for pdfs. My Kindle problem with reading footnotes on academic papers disappears on the iPad - it's fine. The only reason I'm not giving this a 'great' is that I just don't like the eReading experience as much as the paper-reading experience for pdfs. I like to be able to scrawl all over articles. Yes, I can use the iAnnotate PDF app on the pdfs, but it's not as satisfying. Maybe I'll get used to it in time.

* Good for taking notes in meetings and then emailing them to myself so that they are on my laptop and I don't have to transcribe them.

* The Maps facility - use it all the time, both in UK and abroad.

* Some of the apps I've downloaded. Esp: Twitteriffic and Tweetdeck; FT Mobile (I'm a subscriber anyway so it's free to me); BBC News; Reuters; BBC iPlayer (although can't use iPlayer when not in the UK); Free Wi-Fi; AppAdvice; Time. And, I'm embarrassed to say, some of the [free] mindless games.

* Doesn't take Flash. I knew this, but until I got the iPad I didn't realise just how many of the website I use are Flash-based. This is an irritant, but not a major one.

* Only one thing open at a time, which slows it down a lot as a work tool.

* My typing on it is much better than I thought it'd be. But still rubbish.

* Everything to do with iTunes. As I said, this is my first ever Apple device so I've always avoided iTunes. I find it irritating and not intuitive to use. Maybe that's just me.

* Marginally heavier than I'd like (particularly with the case). Still, at least I carry a large handbag anyway.

* Apps that I've downloaded and not yet learned how to use... too many to list!

Hope this helps someone else decide.
Posted by Ruth999 at 15:10 No comments:

Why I'm sending back my Kindle even though I like it

The much-awaited Kindle arrived last night. Today, I'm sending it back. For those of you who wanted a review from me, here it is.

First thing - this is a lovely piece of kit. It looks and feels good. It is So light. Were I keeping it, I would buy a case to protect it, which would double the weight - and it would still be very light.

It's also very easy to use. I'm not techie-minded, but very quickly found my way around. I downloaded a (free) book to check it out. I downloaded sample book chapters. I connected it to my PC and dragged a pdf over. All very simple and quick. Reading on it is fine – the page-turn is very quick, and the buttons easy to find. Once I got the hang of the Menu and Home buttons, navigation was simple.

The Internet interface, which they do mark as 'experimental' is slow and clunky. That is to be expected - I was buying it as a reader, not a surfing device. I was using it on 3G rather than my WiFi - don’t know if it would have been quicker on the WiFi (doubt it - I live in a village with pitifully slow broadband). I used Google, accessed my webmail account, looked up my house on Multimap. The text-based sites were, again not surprisingly, much easier to access than the mapping. But the main irritation is the interface, which is by tabbing across a page rather than pointing to what you want. I think I would have gotten used to it with practice, but would have had to work at it.

The reasons for sending it back are three-fold.

Firstly the screen, although remarkably clear, is slightly darker than a paperback normally would be. I think that's because a book reflects the light from the page, whereas the screen doesn't. I'm a migraine sufferer and sensitive to light, and lack of light, and not totally sure how this would affect me- given that I read for hours on end. (But I have to say in its defence - the print is really clear, and very easy to change size etc. I might be making a fuss over nothing here.)

The major reasons why it's no use to me relate to my job. I'm an academic and I wanted it so that I could read the huge number of pdf articles in my in-tray. Now, it does cope with pdfs. It was very easy to drag and drop the test pdf file. And having the whole page on the screen in portrait is readable, although not for long periods of time as the print is obviously small. You can turn the Kindle on its side and read in landscape, and the print size there is quite comfortable and easy to read. BUT - academics use footnotes. Zillions of them. And reading a pdf document 1/3 of a page at a time means that you can't easily see the footnotes, and so you spend a lot of time paging to and fro, trying to find out where in the document they are.

Also, I speed-read. And in speed-reading technical stuff you need to get a grasp of the overall document, and the individual sections, by skimming and noting headings. When you can only see a part of a page at a time, it’s impossible to speed-read.

Both of these reasons make the Kindle impractical for my work. Which is a shame. It's relatively cheap, and the browsing on WiFi and 3G is free, which is a huge advantage. I liked it - it just isn’t any good for what I want to do.

Hope this helps someone else make their decisions.
Posted by Ruth999 at 08:42 1 comment:

I wrote this in 2006, but decided to post it here after I read The Reformed Broker's version at http://snipurl.com/zgebp

THINGS I WISH I’D KNOWN WHEN I WAS 30

1. Don’t avoid talking to people who are dying.
2. Don’t avoid talking to the bereaved.
3. Most people don’t want to see you fail.
4. Everyone’s scared sometimes.
5. Bad things happen, but you do get over them; or replace them with other bad things.
6. Take comfort from the fact that most people don’t care enough to notice.
7. Never be arrogant enough to assume that impressions don’t matter. They do. A lot.
8. Never lose your temper in public.
9. The customer’s always right, but he’s not always the right customer. Ditto the boss.
10. If you can’t do anything about it, it’s not your problem.
11. Not everything is your fault. It really isn’t.
12. Everyone makes mistakes sometimes. Most of them don’t matter after a while.
13. Very few people can keep a secret.
14. Swearing isn’t clever.
15. It’s difficult to worry about several big things at once.
16. You shouldn’t let your self-image depend on other people.
17. Being good at filing makes life simpler.
18. People think in different ways; they’re not all wrong.
19. Money is important; it makes life easier.
20. Give money when people need it.
21. Ask questions and then listen to the answers.
22. Most tasks are easier than you think they’ll be.
23. Have an agenda. And a plan. But it’s okay to ignore them.
24. A lot of stuff goes on in other people’s lives; don’t assume that you know what they’re thinking.
25. Always say ‘thank you’. Especially when it’s not expected.
26. Speaking only one language, however well, is ignorant.
27. Learn to say No. And Yes.
28. It always seems like a good idea at the time. The tabloids mightn’t agree.
29. It’s okay not to like champagne.
30. No job is permanent; probably, nothing is.

My Tweets on Goldman Sachs

Thanks to Shirisha, here are all my tweets so far on Goldmans and Abacus, for those who want to catch up after today's class.

What Should Boards Learn From Goldman Sachs? http://corpgov.net/wordpress/?p=1457

Goldman Sachs - IFB class read page 4 onwards of http://www.sec.gov/litigation/complaints/2010/comp-pr2010-59.pdf to understand more on securitisations than I covered this morning!

Lots of posts everywhere about Goldmans' huge bonuses. I like this one - short, sweet, to the point. http://blog.thecorporatelibrary.com/blog/2009/07/so-its-true-then-about-goldman.html
Posted by Ruth999 at 18:41 No comments: 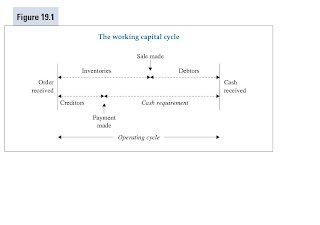 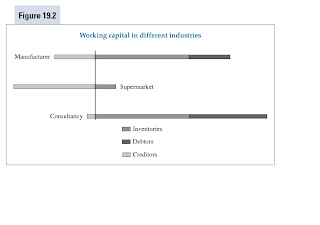 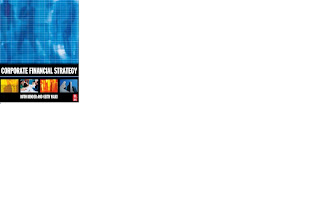 I was asked to elaborate on Friday's lecture and talk a bit more about the working capital cycle. Here are some slides on the subject - copied from my book - and indeed, the front cover of the book so you can see what to buy!

The book is Corporate Financial Strategy, by Ruth Bender and Keith Ward, and is published by Butterworth Heinemann. An Amazon link is here, but my students are probably better off buying it in the campus bookshop. (It is required reading for my elective!)
http://www.amazon.co.uk/Corporate-Financial-Strategy-Ruth-Bender/dp/0750686650/ref=sr_1_1?ie=UTF8&s=books&qid=1264852042&sr=8-1

And an audio explanation of all of this - freshly recorded - is at http://www.ipadio.com/phlogs/RuthBender/2010/01/30/Ruths-phlog-1st-phonecast

(Finally - for any students wanting more about working capital and DCF - I'll deal with that in the next lecture.)
Posted by Ruth999 at 11:35 No comments:

You can find it on http://www.hm-treasury.gov.uk/fin_non_banking.htm

The reasons I like it are twofold. Firstly, it builds on the brief run-through of Debt that I did in that first lecture on financial instruments, giving more detail on bonds. And secondly - the really interesting bit - is that it gives facts, but it's really a 'think' piece - asks a lot of questions about what would be needed to change the UK market to have some of the better characteristics of the US market, with a higher % of non-bank lending.

If any of the Execs (or later in the year the FT students) want to do their IFB assessment around answering some of the questions it raises, or on developing more of an analysis of the debt market, I'd be very happy to discuss it with you.
Posted by Ruth999 at 09:02 No comments: